Japanese police officers in riot gear are dragging away grandparents; protesters are linking arms and lying down in front of military trucks. A local mayor is accusing the central government of lawlessness, and a governor is denouncing “iron-fisted rule” from Tokyo.
.....

Japan and the United States see themselves as nations committed to peace, human rights and democracy. Those claims have been tested by the failure to resolve the Henoko standoff. 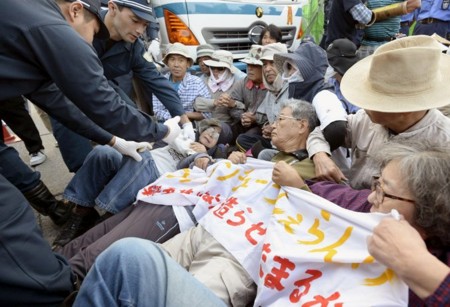